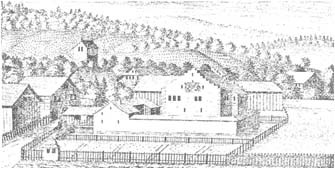 Can We Have a Unified Microbiome Initiative? Yours, the microbiologists.”

As it happens, the answer is yes.

Today, the White House is announcing the launch of the National Microbiome Initiative (NMI)—an ambitious plan to better understand the microbes that live in humans, other animals, crops, soils, oceans, and more. These miniscule organisms are attracting mammoth budgets: federal agencies are committing $121 million to the NMI over the next two years, while more than 100 universities, non-profits, and companies are chipping in another $400 million.

Essentially, America has decided to point half a billion microscopes at the planet, and look through them.

There is a clear-cut need for a new approach to solve the problem of Alzheimer's disease. If we do not know the cause of the disease, we will soon face a health care crisis as the number of patients suffering from Alzheimer's disease continuously increases.

http://neurosciencenews.com/microbes-alzheimers-neurology-3826/
Itzhaki, Ruth F.; Lathe, Richard; Balin, Brian J.; Ball, Melvyn J.; Bearer, Elaine L.; Bullido, Maria J.; Carter, Chris; Clerici, Mario; Cosby, S. Louise; Field, Hugh; Fulop, Tamas; Grassi, Claudio; Griffin, W. Sue T.; Haas, Jürgen; Hudson, Alan P.; Kamer, Angela R.; Kell, Douglas B.; Licastro, Federico; Letenneur, Luc; Lövheim, Hugo; Mancuso, Roberta; Miklossy, Judith; Lagunas, Carola Otth; Palamara, Anna Teresa; Perry, George; Preston, Christopher; Pretorius, Etheresia; Strandberg, Timo; Tabet, Naji; Taylor-Robinson, Simon D.; and Whittum-Hudson, Judith A. Microbes and Alzheimer’s Disease. Journal of Alzheimer’s Disease. Published online March 8 2016 doi:10.3233/JAD-160152
Abstract
Microbes and Alzheimer’s Disease
We are researchers and clinicians working on Alzheimer’s disease (AD) or related topics, and we write to express our concern that one particular aspect of the disease has been neglected, even though treatment based on it might slow or arrest AD progression. We refer to the many studies, mainly on humans, implicating specific microbes in the elderly brain, notably herpes simplex virus type 1 (HSV1), Chlamydia pneumoniae, and several types of spirochaete, in the etiology of AD. Fungal infection of AD brain [5, 6] has also been described, as well as abnormal microbiota in AD patient blood. The first observations of HSV1 in AD brain were reported almost three decades ago]. The ever-increasing number of these studies (now about 100 on HSV1 alone) warrants re-evaluation of the infection and AD concept.
AD is associated with neuronal loss and progressive synaptic dysfunction, accompanied by the deposition of amyloid-β (Aβ) peptide, a cleavage product of the amyloid-β protein precursor (AβPP), and abnormal forms of tau protein, markers that have been used as diagnostic criteria for the disease. These constitute the hallmarks of AD, but whether they are causes of AD or consequences is unknown. We suggest that these are indicators of an infectious etiology. In the case of AD, it is often not realized that microbes can cause chronic as well as acute diseases; that some microbes can remain latent in the body with the potential for reactivation, the effects of which might occur years after initial infection; and that people can be infected but not necessarily affected, such that ‘controls’, even if infected, are asymptomatic

Alzforum-May 9, 2016
In turn, Sangram Sisodia of the University of Chicago focused on the bacteria that normally populate the gut. Shifting that teeming mass with ...

Science Magazine-May 11, 2016
One of the telltale signs of Alzheimer's disease (AD) is sticky .... And there is also interesting evidence that diabetes is caused by staph bacteria.

Scientists identify a virus and two bacteria that could be causing ...

ScienceAlert-Mar 10, 2016
An international group of 31 Alzheimer's researchers has published an editorial urging the science world to change its focus when it comes to ...
Alzheimer's disease could be caused by herpes virus, warn experts
In-Depth-Telegraph.co.uk-Mar 8, 2016
Explore in depth  (229 more articles)

NHS Choices-May 13, 2016
When foreign bacteria enters your blood, when you cut yourself and ... has focused on disease-specific features of the disease – in Alzheimer's, ...

Alzheimer's Disease Could Be Caused by Bacteria and Herpes ...

U.S. News & World Report-Mar 10, 2016
In an editorial published in the Journal of Alzheimer's Disease, ... the link between the herpes virus, chlamydia and spirochaete bacteria, and ...

The Atlantic-May 12, 2016
... history into a single calendar year, then bacteria have been around since ... cancer, multiple sclerosis, Alzheimer's disease, and tooth decay.
uBiome Announces Over $1 Million in Microbiome Grant Funding to ...
Benzinga-May 13, 2016
Explore in depth  (100 more articles)

Fox News-Apr 29, 2016
Rosacea may be caused by bacteria ... Gender may play a role in symptoms of early Alzheimer's, study says. "A subtype of patients have ...

Strong epidemiologic evidence and common molecular mechanisms support an association between Alzheimer's disease (AD) and type 2-diabetes. Local inflammation and amyloidosis occur in both diseases and are associated with periodontitis and various infectious agents. This article reviews the evidence for the presence of local inflammation and bacteria in type 2 diabetes and discusses host pathogen interactions in chronic inflammatory disorders. Chlamydophyla pneumoniae, Helicobacter pylori and spirochetes are demonstrated in association with dementia and brain lesions in AD and islet lesions in type 2 diabetes. The presence of pathogens in host tissues activates immune responses through Toll-like receptor signaling pathways. Evasion of pathogens from complement-mediated attack results in persistent infection, inflammation and amyloidosis. Amyloid beta and the pancreatic amyloid called amylin bind to lipid bilayers and produce Ca(2+) influx and bacteriolysis. Similarly to AD, accumulation of amylin deposits in type 2 diabetes may result from an innate immune response to chronic bacterial infections, which are known to be associated with amyloidosis. Further research based on an infectious origin of both AD and type 2 diabetes may lead to novel treatment strategies.

All the clinical, pathological and biological hallmarks, which define Alzheimer's disease, have been reported and illustrated by hundreds of other authors, indicating that chronic spirochetal infection can cause Alzheimer's dementia.

Following previous observations a statistically significant association between various types of spirochetes and Alzheimer’s disease (AD) fulfilled Hill’s criteria in favor of a causal relationship. If spirochetal infections can indeed cause AD, the pathological and biological hallmarks of AD should also occur in syphilitic dementia. To answer this question, observations and illustrations on the detection of spirochetes in the atrophic form of general paresis, which is known to be associated with slowly progressive dementia, were reviewed and compared with the characteristic pathology of AD. Historic observations and illustrations published in the first half of the 20th Century indeed confirm that the pathological hallmarks, which define AD, are also present in syphilitic dementia. Cortical spirochetal colonies are made up by innumerable tightly spiraled Treponema pallidum spirochetes, which are morphologically indistinguishable from senile plaques, using conventional light microscopy. Local brain amyloidosis also occurs in general paresis and, as in AD, corresponds to amyloid beta. These historic observations enable us to conclude that chronic spirochetal infections can cause dementia and reproduce the defining hallmarks of AD. They represent further evidence in support a causal relationship between various spirochetal infections and AD. They also indicate that local invasion of the brain by these helically shaped bacteria reproduce the filamentous pathology characteristic of AD. Chronic infection by spirochetes, and co-infection with other bacteria and viruses should be included in our current view on the etiology of AD. Prompt action is needed as AD might be prevented.

The End of Alzheimer's?: A Differential Diagnosis Toward a Cure

Some comments about the involvement of spirochetes in Alzheimer's disease.